The Castle of St Peter in Bodrum

Standing on the coastline, it is elegant, majestic and appears on most picture postcards

The most prominent landmark of the Bodrum peninsula is the Castle of St Peter. An impressive silouette, its stone walls and moat are steeped in history and it is a true marvel of architecture. Strolling along its winding interior paths and gardens and through its interior nooks and crevices gives you a sense of life back then. Standing on the coastline of Bodrum town proper, it is elegant, majestic and appears on most picture postcards of the region. Any good travel guide will always list it as the first thing to see when you arrive in the area.

The Bodrum Museum of Underwater Archeology is located within its boundaries and it holds a wealth of treasures and artifacts from throughout history and provides excellent narratives to help you get the most of your visit.

One section puts you inside an ancient cargo ship where you truly see how it felt to navigate around the Aegean having an agenda of buying and selling the much needed commodities found aboard. The exhibit of the commodities found there give your great insight into that period and the local people's culture. Selma is the director there and she tirelessly devotes her time to "her baby". 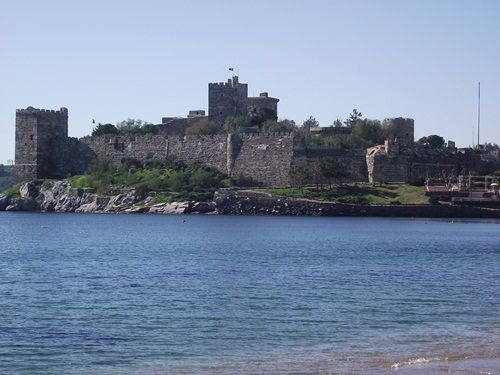 The History of Bodrum Castle

Construction of the castle began in 1402 by the Knights Hospitaller who were based in Rhodes. They needed a strategic location to fight against invasion by Selcuk Turks but the castle was also in full use during invasions by the Ottoman Empire.

It would take thirty five years before the outer walls were fully completed but the inside had been carefully thought out by the architect. Anyone attacking the castle would be immensely confused by twisting passages leading up to the gate and from above, defenders would rain hot oil and arrows down on invaders.

Such was the success of the castle in its purpose to fight off invaders; it also became a haven for Christians needing refuge. From the time of its construction till 1522, the outer walls were strengthened again and again because of possible cannon fire by invading forces at sea.

Ironically, added defenses did not serve their purpose because the castle was given up due to terms of surrender when the Ottoman sultan captured the Knight Hospitaller headquarters in Rhodes.

During Ottoman reign, life in the castle was peaceful until the nineteenth century. It was used as a military base and a prison until 1921, when occupying Italians fled during the Turkish war of independence.

From then, it was not until 1961 that the castle would be used again. The Turkish government turned it into a museum to hold artifacts uncovered from Aegean shipwrecks. Occasionally there are concerts held in the North moat open-air theatre and it has also become a popular destination for romantic weddings. 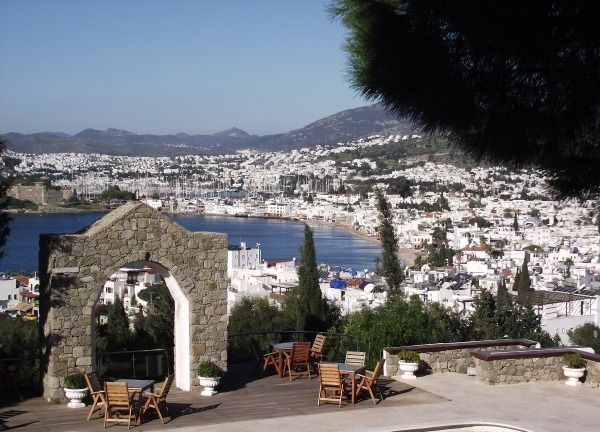 The Bodrum Underwater Museum of Archeology

It holds the Uluburun shipwreck which is one of the greatest finds from the bronze era and in 1995 the hard work of historians was rewarded when the museum was recommended as contender for European museum of the year.

Various exhibitions are on display throughout the castle including the Carian princess hall, a Roman shipwreck and dungeons exhibiting shackles used to imprison gallery slaves. The Knights Hospitaller often used prisoners to row the oars on their large boats and their skeletons have been found in the dungeons.

When the castle was used for defense, there used to be five towers; the English, French, German, Italian and Spanish. These days the German tower and English tower both hold artifacts and exhibitions. 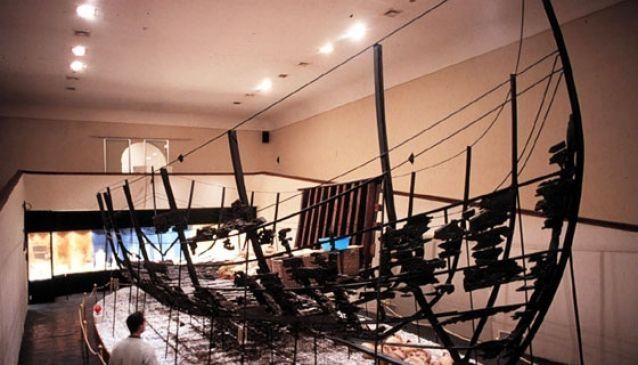 The museum is closed on a Monday but the castle is open. During the rest of the week, visiting hours are 8:30am to 6:30pm in the summer, but closes at 4:30pm in the winter.

The entrance fee is twenty-five lira and you can buy your tickets right out front.

How to get to Bodrum castle – Map

A virtual tour of the museum and castle 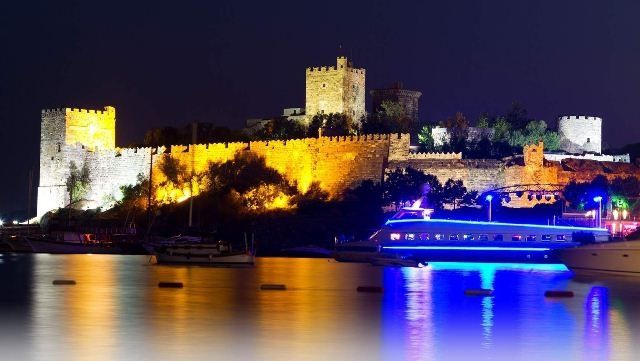