Ancient Landmarks of the Bodrum Peninsula

Anyone with an interest in history needs a full week to explore them all.

Bodrum may be marketed by travel agents as a party utopia but it also has been home of many successful civilizations throughout history.  They left traces of their lifestyle in ruins and landmarks dotted throughout the region. Anyone with an interest in history needs a full week to explore them all. From well-known landmarks such as St Peters castle to the less well known ruins of Euromos, all have attributes and qualities that make them worth visiting.
Exploring Historical Landmarks of Bodrum
Exploration should start on the hillside at the back of the main town where an ampitheatre stands majestically with a full sea and coastline view. Dating from the fourth century BC, it used to seat 13,000 people and it has been well preserved. This site is just an introduction into this region during multiple reigns of various empires. 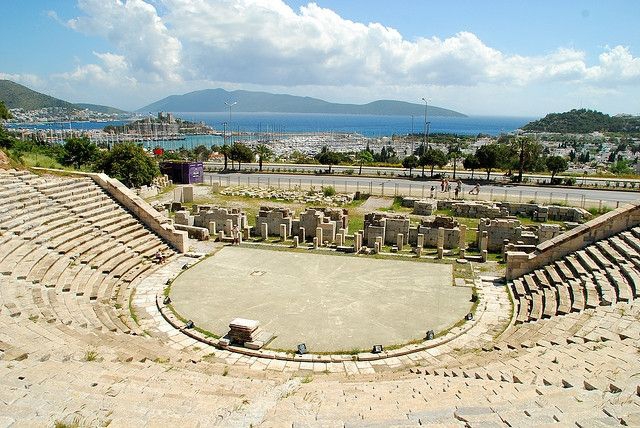 Look out from the ampitheatre and into the distance, to see the best well known landmark of Bodrum. Standing proud on the rugged coastline, the Castle of Saint Peter was built by the Knights Templar and it had many uses over the years including a jail and defence port. These days, its purpose is more peaceful as the location of the Underwater Archaeology Museum. Numerous piano and ballet concerts are also held in the ampitheatre throughout the year.
From the castle to the Mausoleum (tomb) of Halicarnassus that was one of the seven wonders of the ancient world. Sadly these days, the appearance of the tomb is a big difference from the days when it stood grand and proud. The main structure has tumbled away and only the foundations are visible. The construction of Halicarnassus started around 350BC by the king Mausolus. He died before its completion and his sister, who was also his wife, finished it as a tribute to him. 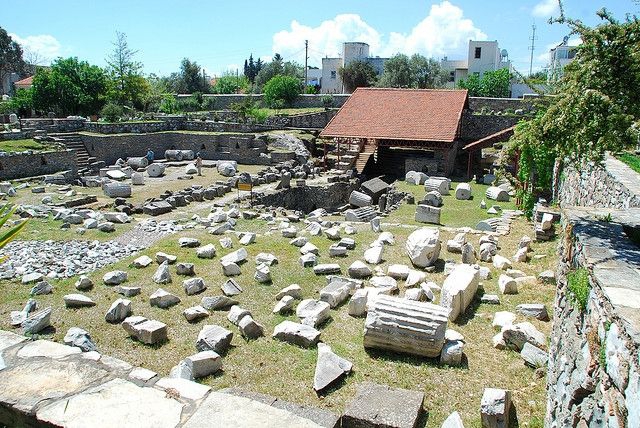 Just a short walk away is Myndos gate, the remains of the old city walls. At its full prime, the gate provided lots of resistance to the invading emperor, Alexander the Great. So far only ruins of two towers exist but further excavations are planned so the current insignificant appearance of Myndos gate should change in the future.
Throughout the region but mainly on the coastal hills are many windmills. All are now derelict and no longer used for their previous purpose of grinding flour. The best examples are seen in the coastal resort of Yalikavak. While exploring the region for windmills, also keep an eye out for the water cisterns. Spotted by their white dome shaped appearances, they were built by Ottomans citizens to collect water. 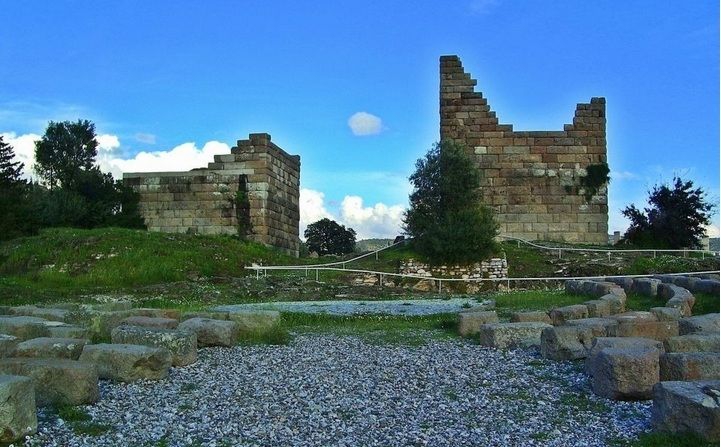 Ruins on the Outskirts of Bodrum
Euromos lies off the Milas / Bodrum road and historians say it is one of the best preserved Temples of Zeus. An altar exists at the side of the temple and sixteen columns point up to the sky. Believed to have been built during the region of Hadrian, historians have suggested the temple was never finished because of lack of decoration on some columns.
Herakliea dates from the Carian period and was used by traders on the ancient Miletos to Ephesus trading route. Many village locals lead visitors around the city ruins which are located on the edge of Bafa Lake. Formerly a sea trading port, it was deserted when the city could no longer trade because deposits from the Meander River closed the entrance off.
If you still have a thirst for more historical sites and landmarks, visit the neighbouring regions of Izmir and Kusadasi. They have many ancient ruins including Ephesus, the house of the Virgin Mary and Pergamon. Alternatively the Mediterranean coast of Turkey is home to the famous Lycian way trek which maps a path of all the Lycian ruins existing on this coast including Myra, Tlos and the world UNESCO sites of Letoon and Xanthos. 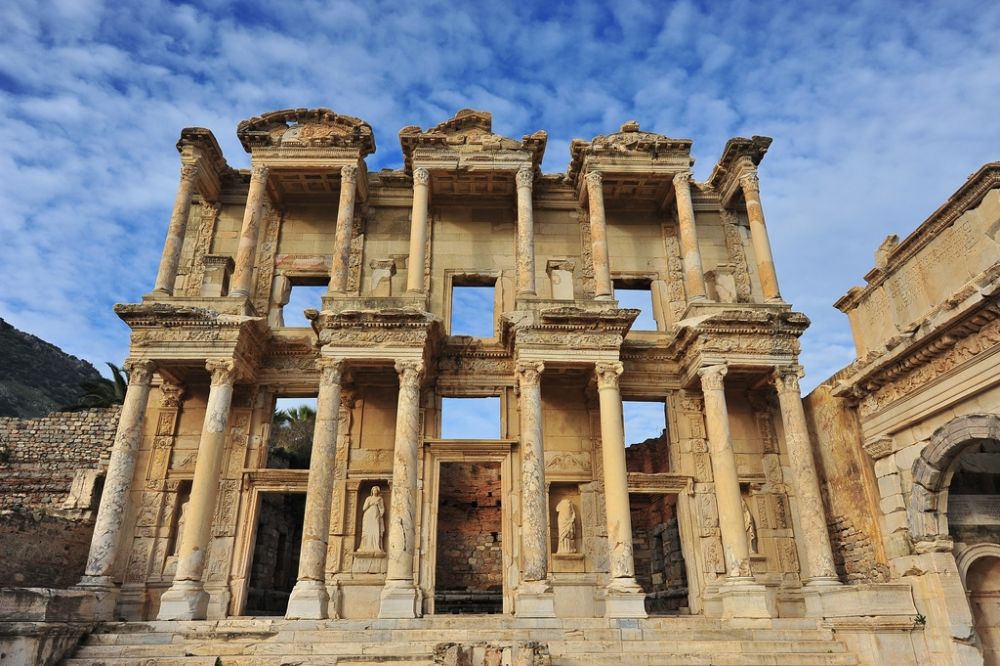