Who Was the Fisherman of Halicarnassus?

Cevat Sakir Kabaagaçli, a writer, historian, and lover of the open sea.

The word 'Halicarnassus" is seen around the Bodrum area. There is a renowned night club, named "Halikarnas The Club", sitting high above the bay, and as you walk through the harbor this name ( in its many forms of spelling) will appear over and over, as it was the original name of Bodrum, "Halicarnassus of Caria".

One particular sighting will be a larger than life bronze statue found just outside the Underwater Museum of Archeology, named  "The Fisherman of Halicarnassus".

So, you ask...who was the fisherman of Halicarnassus? 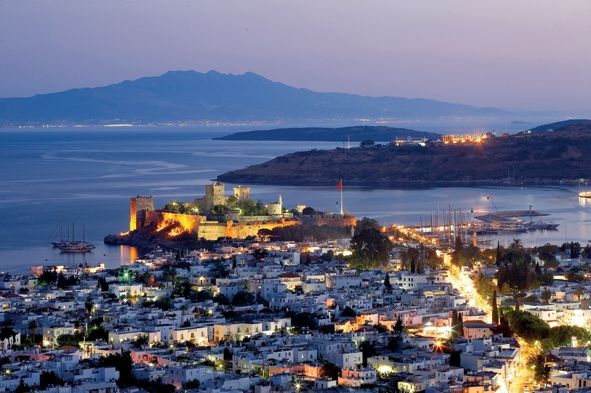 Who was the Fisherman of Halicarnassus?

He was Cevat Sakir Kabaagaçli, a writer, historian, and lover of the open sea. Born in Crete in 1890, his written work was not in line with political policies, leading him to be exiled to the small fishing village of Bodrum in 1925.

Despite his original reluctance to accept his fate, he slowly found himself falling in love with the rustic houses, cobbled streets and friendly locals whose main trades were sponge diving and fishing. He expressed immense disappointment when ordered to spend the rest of his exiled sentence in Istanbul and upon completion, he immediately returned to Bodrum to continue exploration of the area.

He invited many friends to join him and together they hired small boats to explore the coastline, which had an abundance of historical ruins, blue bays, and hidden coves. Day trips eventually turned into weeklong trips in which the group would discuss many topics like the economy, politics, and the important aspect of life itself. 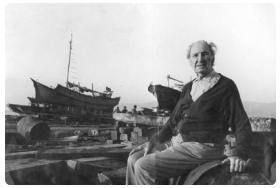 Their boat journeys became a regular feature and as a writer, Cevat Sakir Kabaagaçli, documented his travels. Along with his writing companion Azra Erhat, they produced a book called “The Blue Cruises” in which they detailed everything there was to know about the coastline.

That was the beginning of gulet cruising in Turkey and the Turkish Riviera. Soon people were flocking from all over the world to experience the Blue Cruise. As the expeditions became longer in time and distance, boats were adapted to provide facilities to accommodate overnight guests. The modern gulet boat that we see nowadays was born and the transformation of Bodrum into a popular holiday destination had begun.

Known as the man who made Bodrum famous, he is also nicknamed Turkey’s first tour guide. There is no doubt his written work about Bodrum attracted international visitors and this in turn prompted other resorts to open their doors to tourism. Despite dying in 1973, the memory of Cevat Sakir Kabaagaçli is still very much alive.

In the town centre, there is a bust to his memory. Services are also held annually on the anniversary of his death. Although locals today, are too young to have met the fisherman of Halicarnassus, they know the story of Cevat Sakir Kabaagaçli and what he did for the town of Bodrum. Many of his personal items are housed in the Bodrum maritime museum. 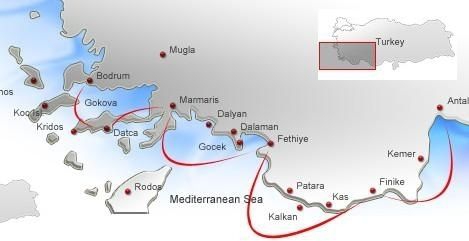 “The Fisherman of Halikarnassus; The Man Who Made Bodrum Famous” By Roger Williams: The book delves into the life of Cevat and his travel logs of the Aegean and Mediterranean coasts of Turkey. 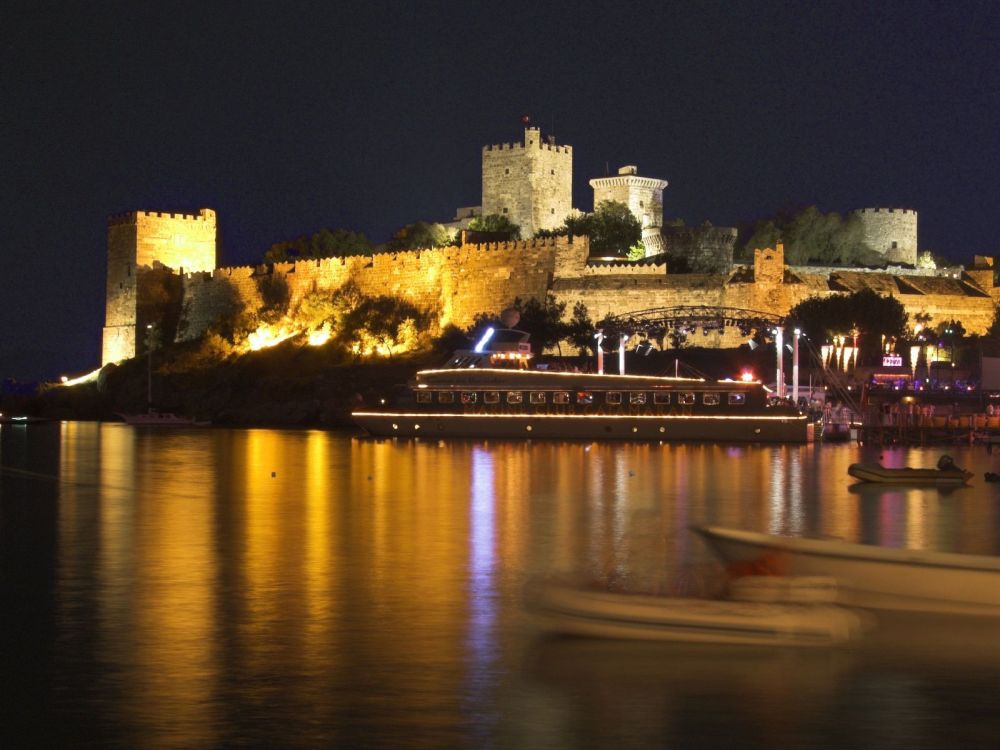